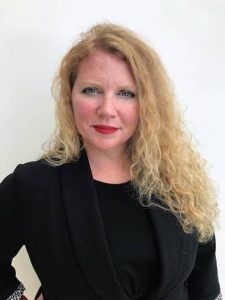 Amy G. Moorefield is the Director of the Phillips Museum of Art at Franklin & Marshall College. Moorefield has nearly two decades of experience in not-for-profit and academic museums. Her scope of work ranges from curatorial, collections management and exhibitions to fundraising, educational programming, marketing, publications and professional staff oversight. She has a bachelor’s degree in art history and museum studies from Virginia Commonwealth University and a master’s degree in museum studies from Johns Hopkins University. From 1998-2008 she served as in a variety of roles at Virginia Commonwealth University’s museum named Anderson Gallery with the last several years as its Curator and Acting Director. From 2008-2013, she was the Director and Chief Curator of the Eleanor D. Wilson Museum at Hollins University and most recently, the Deputy Director of Exhibitions and Collections at the Taubman Museum of Art in Roanoke, Virginia where she oversaw the exhibition and permanent collection program that included eleven galleries, atrium and outdoor art projects. Moorefield has taught courses in museum curatorial practice and methodology and has published several exhibition essays as well as acted as an independent curator, juror and museum consultant. She has served on several boards including as a Commissioner for the City of Roanoke’s Arts Commission and as a board member of Longwood College’s Visual Arts Center in Lynchburg, Virginia. Most recently, Moorefield has been serving as a board member for the City of Lancaster’s Public Art Program.