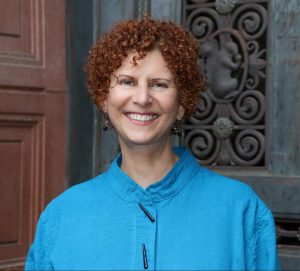 Jill Hartz served as executive director of the Jordan Schnitzer Museum of Art at the University of Oregon, Eugene, from 2008 until her retirement in December 2019. She now lives in Ashland, Oregon, and is an independent curator and museum consultant.

Hartz is president emerita of AAMG. During her tenure she drafted AAMG’s Professional Practices for Academic Museums and Galleries.  She is an the AAM Accreditation Commissioner and a board member of ArtYard, a non-profit arts center in Frenchtown, NJ. For the past ten years, she has also taught the workshop “Bootcamp for Academic Museums” at AAMG and UMAC conferences in the U.S., China, Finland, and Japan.

Previously, Hartz served as director of the University of Virginia Art Museum (1997 – 2008) and worked in various capacities at the Herbert F. Johnson Museum of Art at Cornell University.  She is the editor of five books, including Rick Bartow: Things We Know But Cannot Explain (co-edited with Danielle Knapp, 2015) and Hindsight-Fore-Site: Art for the New Millennium (University of Virginia Press, 2003).  She received her MA with Honors in English Language and Literature from the University of St. Andrews in Scotland in 1973 and pursued undergraduate studies at Oberlin College in Ohio.