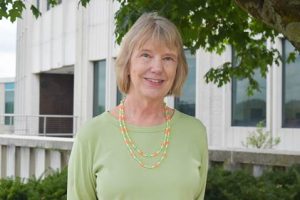 Dr. Ice has served as project director for summer Teacher Institutes and a Media Grant from the WV Humanities Council for a documentary on self-taught artists in Appalachia, which aired in fall 2016 on WV Public Broadcasting and Kentucky Educational TV. Last year she was recognized by the WV Art Education Association for her service and the Art Museum received recognition for Excellence in the Arts.

Her professional activities include service on grant panels for the NEA and NEH, ICOM-US National Committee, and AAM Accreditation Visiting Committees.

From 1999-2008, Dr. Ice was Director of the Museum of International Folk Art, in Santa Fe, New Mexico, and was involved in numerous exhibition, publication, and educational projects. On Collecting: From Private to Public, a collection of essays for which she served as editor, was published in 2009 by the University of Washington Press.

Joyce holds a Ph.D. in Anthropology and Folklore from The University of Texas at Austin, and degrees in education from WVU.