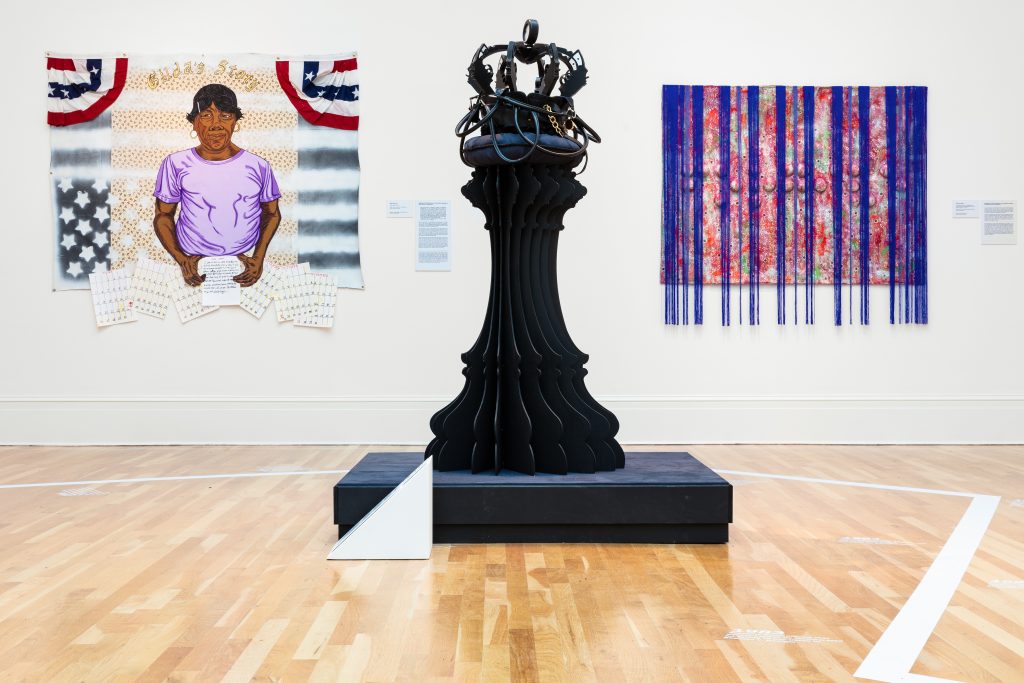 In the last forty years, incarceration has increased with rates upwards of 500% despite crime rates decreasing nationally, and women are one of the fastest growing state prison population. The incarceration rate nationwide for women has grown 834% over the last 40 years, according to the Prison Policy Initiative. The majority of women are incarcerated for lower-level crimes, such as drug or property offenses. About 80% of women imprisoned are mothers, of which the majority are the sole caregivers for their children. 2.7 million children in America have an incarcerated parent, or 1 in 28 children; twenty-five years ago the rate was 1 in 125. Women in jails are overwhelmingly survivors of reported abuse: 86% have experienced sexual violence; 77% have experienced partner violence, and 60% have experienced caregiver violence.[vii] Nationwide, 60% of women imprisoned did not have full-time employment at the time of their arrest.

Newcomb Art Museum has partnered with formerly incarcerated women, community organizations, stakeholders, and those directly impacted by the prison system to create the exhibition Per(Sister), which is intended to share the stories of currently and formerly incarcerated women, and shine a light on the myriad issues as identified and expressed by the women themselves.

The experiences of incarcerated women are often unknown, overlooked, dismissed, or misunderstood. Per(Sister) presents the personal and intimate stories, in their own voices and in their own terms, of thirty women that persist in their drive for the integral survival of their mind, body, and soul.

Their stories come to life through the pairing of a “persister” and an artist who created a work inspired by her story, other stories take the shape of portraits accompanied by voice recordings, or handwritten messages, all with the intention of challenging misconceptions and uninformed assumptions. By building awareness of the situations arising before, during and after incarceration, the exhibition Per(Sister) seeks to find common ground and pathways for society to move forward together.Per(Sister) examines themes such as a) the root causes of women’s incarceration, b) the social impact of long-term incarcerated mothers, c) the psychological and physical toll of incarceration, and d) the challenges and opportunities of reentry for formerly incarcerated women.

Per(Sister): Incarcerated Women of America is available to begin traveling in January 2020 with two variations of the traveling show with participation fees beginning at $3,000 and $8,000 respectively.

For more information on this show email Monica Ramirez-Montagut at mramire2@tulane.edu