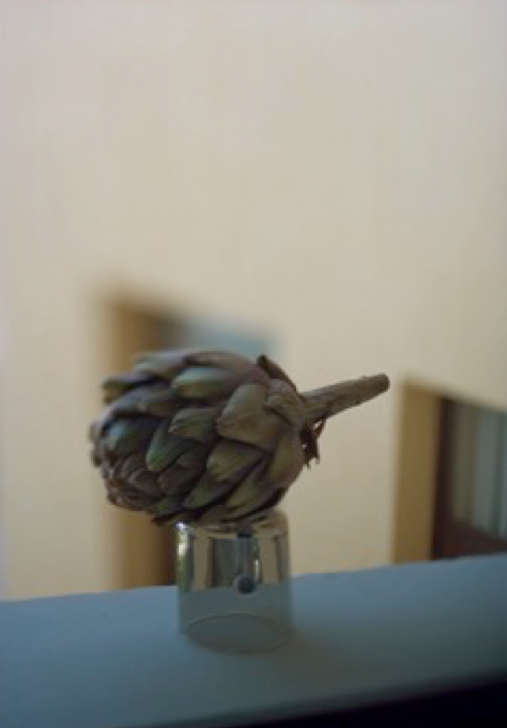 Rental Fee: $2,500 for an 8-week exhibition, plus outgoing shipping

Venice Found & Lost presents the perils and seductions of consumerism, using the canals of Venice as a locus. In this new series, acclaimed photographer JoAnn Verburg investigates a global issue – the pollution of the world’s water systems – through a close examination of detritus found in a single location. Eliding the dangers of heavy-handed social commentary, Verburg’s nuanced and hauntingly beautiful series draws attention to the tragedy that the proliferation of trash in the environment represents, while simultaneously acknowledging the inherent satisfactions of our love affair with consumer goods. To create the series, Verburg first photographs or films discarded objects she finds in Venice’s historic waterways. Here, the displaced plastic wrappers, deflated basketballs, corks, and fruit rinds that float in the canals act as poignant signifiers of consumer culture run amok. Armed with these images of found trash, Verburg then sets out to purchase new versions of the discarded objects. In a second series of images, she then presents these everyday items, exquisitely photographed as though they were luxury goods. Placed on pedestals, awash in revelatory light, or located in ornate surroundings, these quotidian commodities transform into objects of profound desire.

The exhibition will include images from both the “trash” and “treasure” sides of the equation. The “trash” images of objects found in the environment are presented informally – as unframed digital prints and as video projections that are encountered almost incidentally. The “treasure” photographs, in contrast, are beautifully and archivally framed to highlight their status as objects of aesthetic contemplation. An accompanying exhibition catalog including essays by a diverse group of artists, scholars, and writers will address ideas of consumerism and conservation from a variety of perspectives.

Distinguished by her extraordinary sensitivity to the energy and sensuality of the natural world, contemporary photographer JoAnn Verburg combines soft lighting, varied focus, and thoughtful composition to convey the beauty and layered psychological richness of her subjects. Often exhibited as large-format diptychs and triptychs, her evocative images envelop the viewer in a serene and dreamlike atmosphere. In addition to landscape, still life, and portrait photography, Verburg has also worked on various installations and public art projects in Minneapolis and St. Paul. She received a BA in sociology from Ohio Wesleyan University and an MFA in Photography from the Rochester Institute of Technology. She is the recipient of a Guggenheim Fellowship (1986) as well as multiple artist fellowships from the Bush Foundation (1983, 1993) and the McKnight Foundation (1994, 2004). She was also awarded a Rockefeller Foundation Residency at the Bellagio Conference and Study Center in Bellagio, Italy (1998). She has held teaching positions at Yale University, Colorado College, and the Minneapolis College of Art and Design. Her work can be found in the permanent collections of the Los Angeles County Museum of Art; the Museum of Fine Arts, Houston; the Museum of Modern Art, New York; the National Portrait Gallery, Washington, D.C.; the San Francisco Museum of Modern Art; and the Whitney Museum of American Art. Major exhibitions include Present on the Road to Bazzano (2001) at the Minneapolis Institute of Arts and Present Tense (2007-08) a mid-career retrospective organized by the Museum of Modern Art in New York that traveled to the Walker Art Center in Minneapolis. Her work has also been featured in a number of group exhibitions at the International Center of Photography, New York (1988, 1993); the Katonah Museum of Art, Katonah, N.Y. (2000); the Katherine E. Nash Gallery at the University of Minnesota, Minneapolis (2005); and the George Eastman House, Rochester, N.Y. (2006). Her photographs have been published in SecondView: The Rephotographic Survey Project (1984), Picturing Eden (2006) and Present Tense (2007). She presently lives and works in St. Paul, Minn., and Spoleto, Italy.