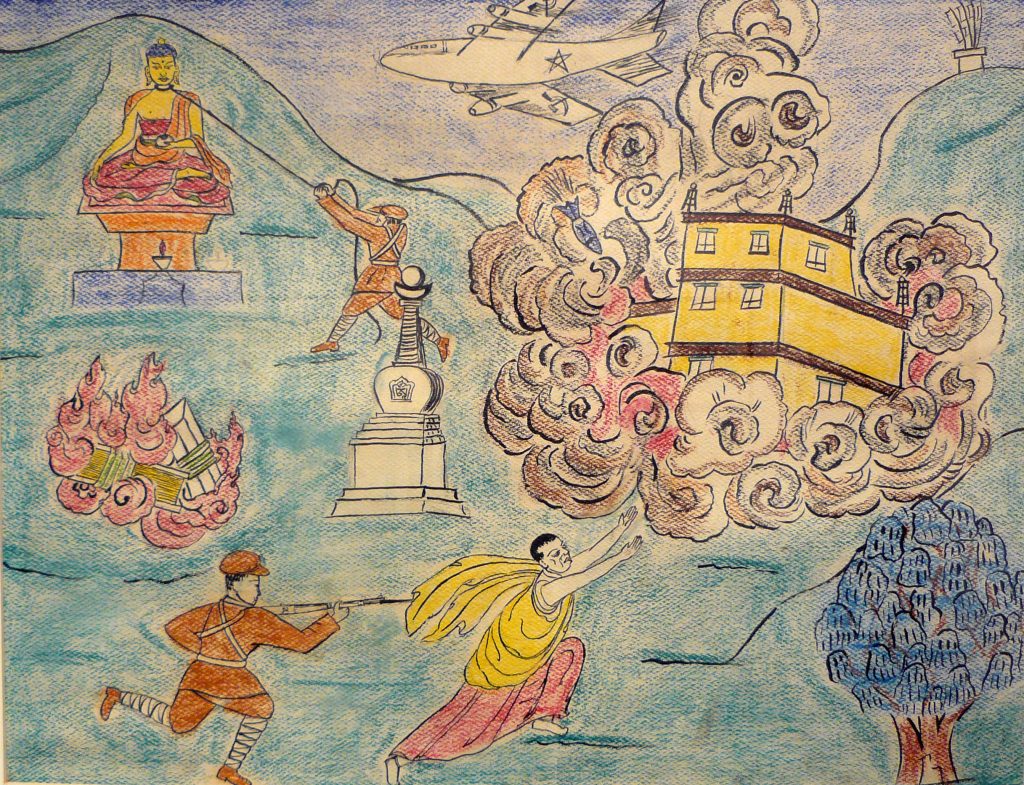 Two years after graduating from DePauw University in 1953, Bruce Walker became a case officer with the Central Intelligence Agency. As a CIA officer, Walker participated in the Tibetan resistance project (code name ST CIRCUS) in its earliest stages, only six years after the Chinese People’s Liberation Army invaded Tibet and captured the capital city of Lhasa. He assisted with training the Tibetan militia for eight years (1960-1968), and supported the program from two fronts: Sikkim, India, and Camp Hale in Eagle County, Colorado. During Walker’s time in India, he assembled a growing collection of twenty-six religious objects. Many of the objects are purely for ritual and monastic use, whereas others are meant for an individual’s personal devotion. To this day, the spiritual connection between these objects and their Tibetan Buddhist roots remains clear.

In 2002, Walker donated his 66-piece collection of Tibetan thangkas, works on paper, and religious objects to DePauw University. “Infinite Splendor, Infinite Light” is the first public exhibition of his collection since 2003, and is accompanied by a complimentary 86-page full-color catalog, with contributions from DePauw University students, faculty, and staff.

Number of artworks: 44, plus one film (DVD and digital file included).

About the Curator:
Craig Hadley has held the position of director/curator at DePauw University in Greencastle, IN since 2012. Prior to his appointment at DePauw, he held various curatorial and registration positions at the Wright Museum of Art, Beloit College; The State Historical Society of Missouri, St. Louis; The Field Museum of Natural History; and the Indiana State Museum. His research interests include Japanese postwar prints and the intersection of object-based learning in higher education (see TEACH VISUAL).