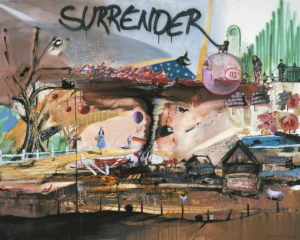 This exhibition has been organized by the Cornell Fine Arts Museum, Rollins College, Winter Park, FL

The Cornell Fine Arts Museum is pleased to present the first solo museum exhibition of Marcus Jansen in the United States. Based in Bronx, NY and Ft. Myers, FL, Jansen creates powerful, monumental canvases that address poignant social and political themes. Through the use of an arresting visual language characterized by colorful and expressive brushwork, and references to contemporary and historical issues, Jansen invites viewers to engage in a reflection about the human condition.

Jansen was born in Manhattan in 1968 and resided in the South Bronx, NY. He lived in Laurelton Queens for a brief period before moving to Moenchengladbach, Germany where grew up speaking German as his second language. ​Inspired by the rebellious art form from his native Bronx in the 1970s and ‘80s, and meeting some of the city’s second generation graffiti art pioneers, it was this movement that became a catalyst for Jansen in the 1990’s, advancing a new generation into socially charged urban landscape paintings. Jansen was influenced by the two opposite worlds he grew up in. His paintings are often situated between contemporary and street or graffiti art elements that explore and document the human condition critically, socially and politically. Jansen’s large scale canvases are a visual metaphor for the battlefields he encountered as a member of the US Armed Forces while deployed in conflict zones during Operation Desert Shield, Desert Storm, and Asia, among other influences stemming from military conflicts now and then.

Concerned about the lasting effects of PTSD among soldiers today and invested in the transformational power of art, Jansen launched the Marcus Jansen Foundation Fund in 2019, “whose mission is to highlight the conditions of economically disadvantaged areas or individuals and supports organizations that help veterans diagnosed with PTSD that are seeking art as a way to express.” 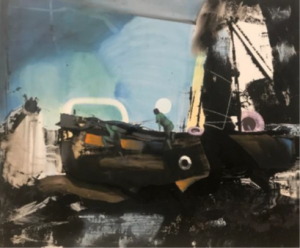 This exhibition focuses on works created in the last 15 years and includes both large scale paintings and a selection of works on paper (among them a select number of new pieces on view for the first time); it examines Jansen’s visual explorations of structures of power and the struggle to grapple with the nuanced reality of our time. The exhibition is organized by Gisela Carbonell, Ph.D., Curator of the Cornell Fine Arts Museum in collaboration with the artist, and is accompanied by an illustrated catalogue. 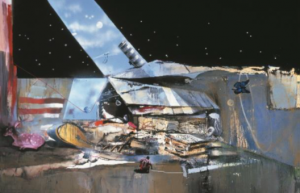 Available January 2021 and beyond

$2,500 plus travel expense. Covers artist fee to be in attendance at opening and offer an artist talk.